Today I'll be showing off my Stormraven Gunship and the Bitz Buker. 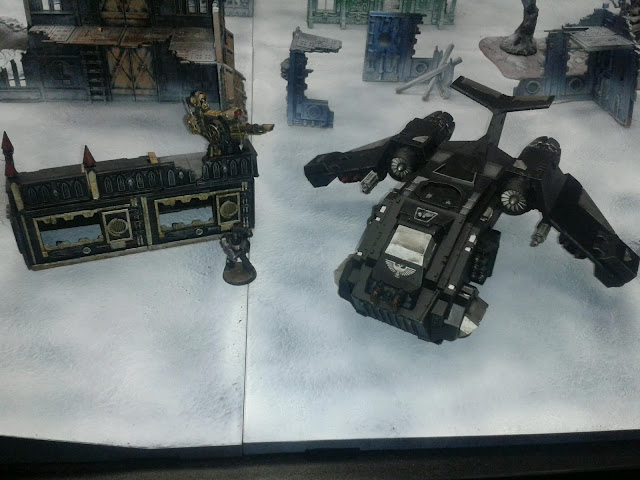 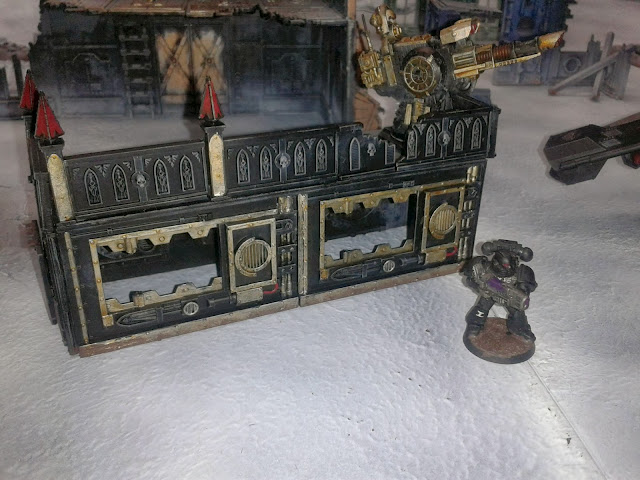 The Bitz Bunker was created mainly for my army list from the Tactica series I did. As you can see it's made out of parts from the manufactorum kit, those window make perfect blast shield type bunker windows. From what I can gather from the pictures of the standard imperial bunker mine is wider but not as long. Saved me from spending another £20 on a bunker though. My only problem with it is that I chose a Seraphim Sepia wash to try and make it look a bit rusted but it made it just look gold instead. Next time i'll try Nuln Oiling it first and see how that works out. 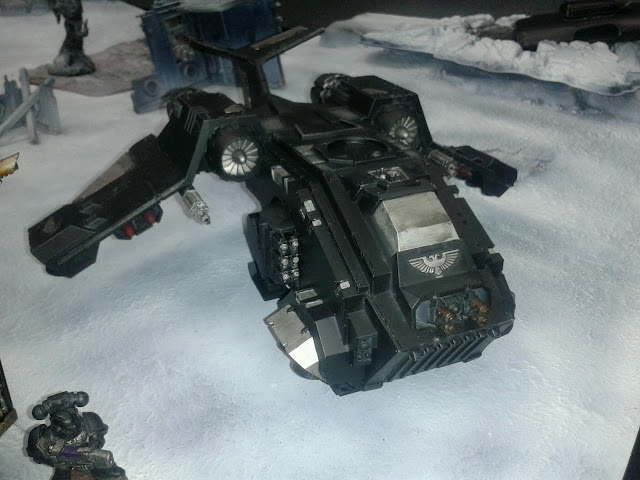 As you can probably see my Stormraven is slightly different to the norm. If you can't tell what it is I've taken the crap off of the roof and mounted the assault cannons under the wings. To cover up the hole I stuck the inside of Land Raider doors into it so it looks like it has a roof access point. Unfortunately this doesn't count as a fire point (i've checked). Personally I like this look. Not only can the assault cannons actually hit ground targets now but it looks relatively aerodynamic now. It's a simple change but an effective one. In game though this thing is awesome. It's got plenty of guns for gunning stuff down and those missiles being AP2 and concussive is really handy should a wraithknight/dreadknight show up. Just fire a couple into it and let Chapter Master Smashy and his Honour Guard jump out and beat the ever living snot out of it before it can even think about hitting back!
Posted by Daniel Ryan at 23:05