As you may have guessed from the title of this one i've now got my Kodiak ACV painted up. 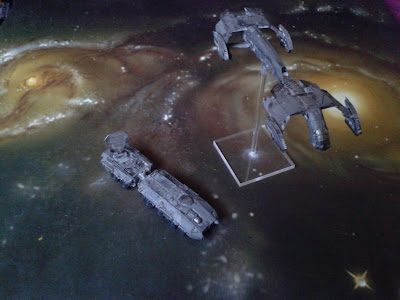 The Condor next to it is a new one as well however that one will be for my Gladius tanks (which i should be getting any day now). Initially it was for my commander but then I realised that my commander has an infinite range, indirect firing orbital bombardment shot. he should hang around at the back of the board, he wont need this transport so he'll drive on and hang around the back blasting things.

Here is a picture of the whole army together, it's already growing. roughly 700 points now AND it's fully painted, more than can be said for any of my other armies for any game system (except pre-paints). 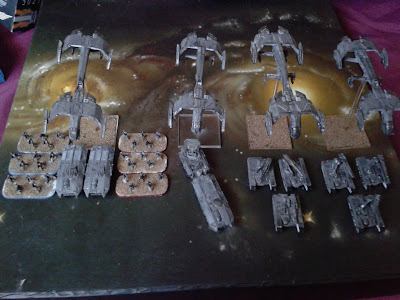 Hawk Wargames have just sent out a newsletter showing off some 3D renders for new models. Looks like i'll be getting some artillery guns soon :)