When ever Warhammer World finishes off it's renovations me and a group of friends will be attending Throne of Skulls for 40k. The big question though is what to take? I want something both themed and competitive, not looking to win but place reasonably high. So with that in mind the list I have come up with is Raptors Scouts allied with an Iron Hands Drop Pod force for the primary. The Iron Hands even have a Techmarine in every squad and a pair of Dreadnoughts, try telling me that isn't fluffy! Anyway onto the list itself. 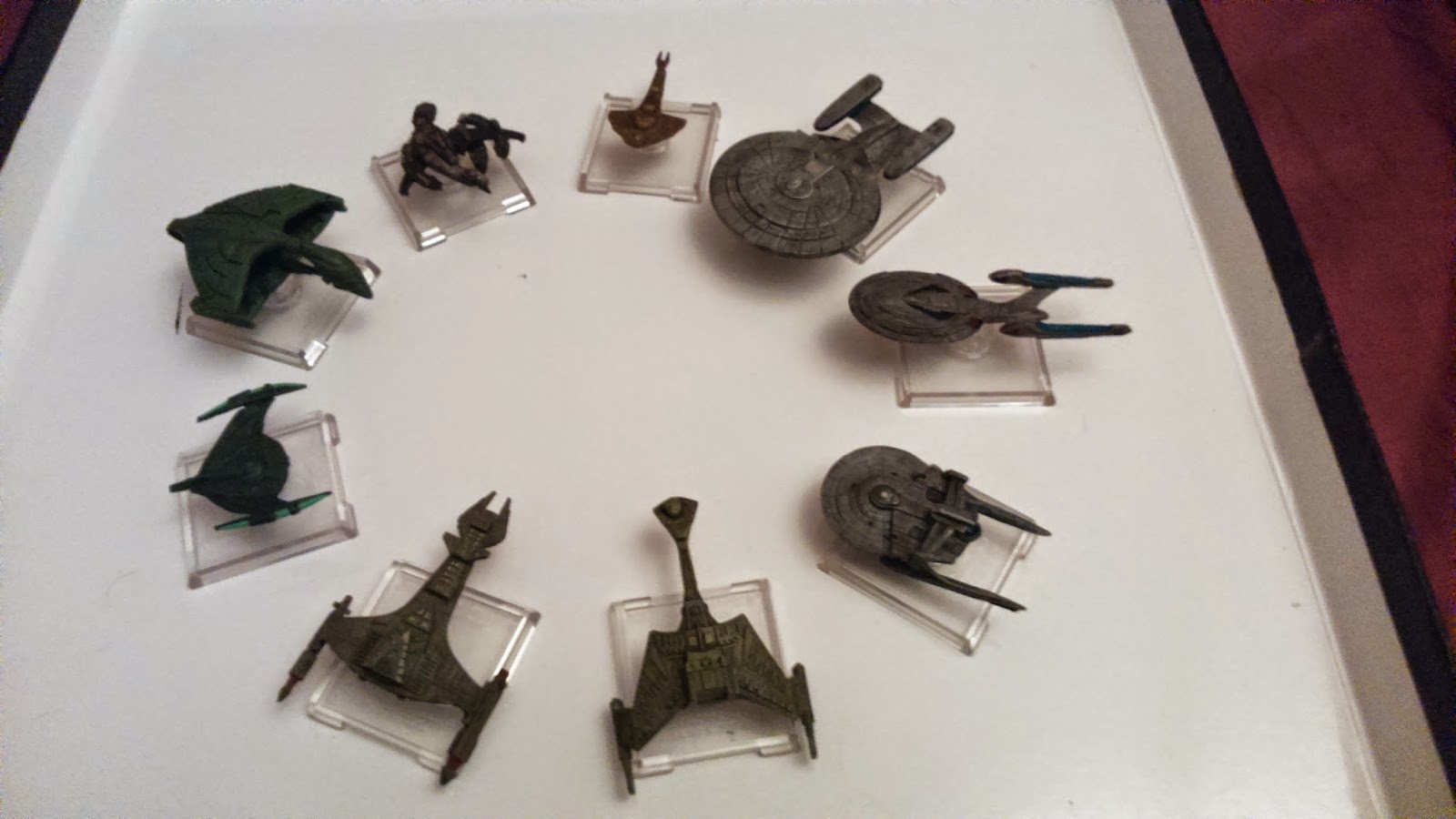 Got all the re paints done now. The Breen ship and the small Romulan one only got a Nuln Oil wash because they weren't too bad and I'm lazy, the rest actually got a full re paint. 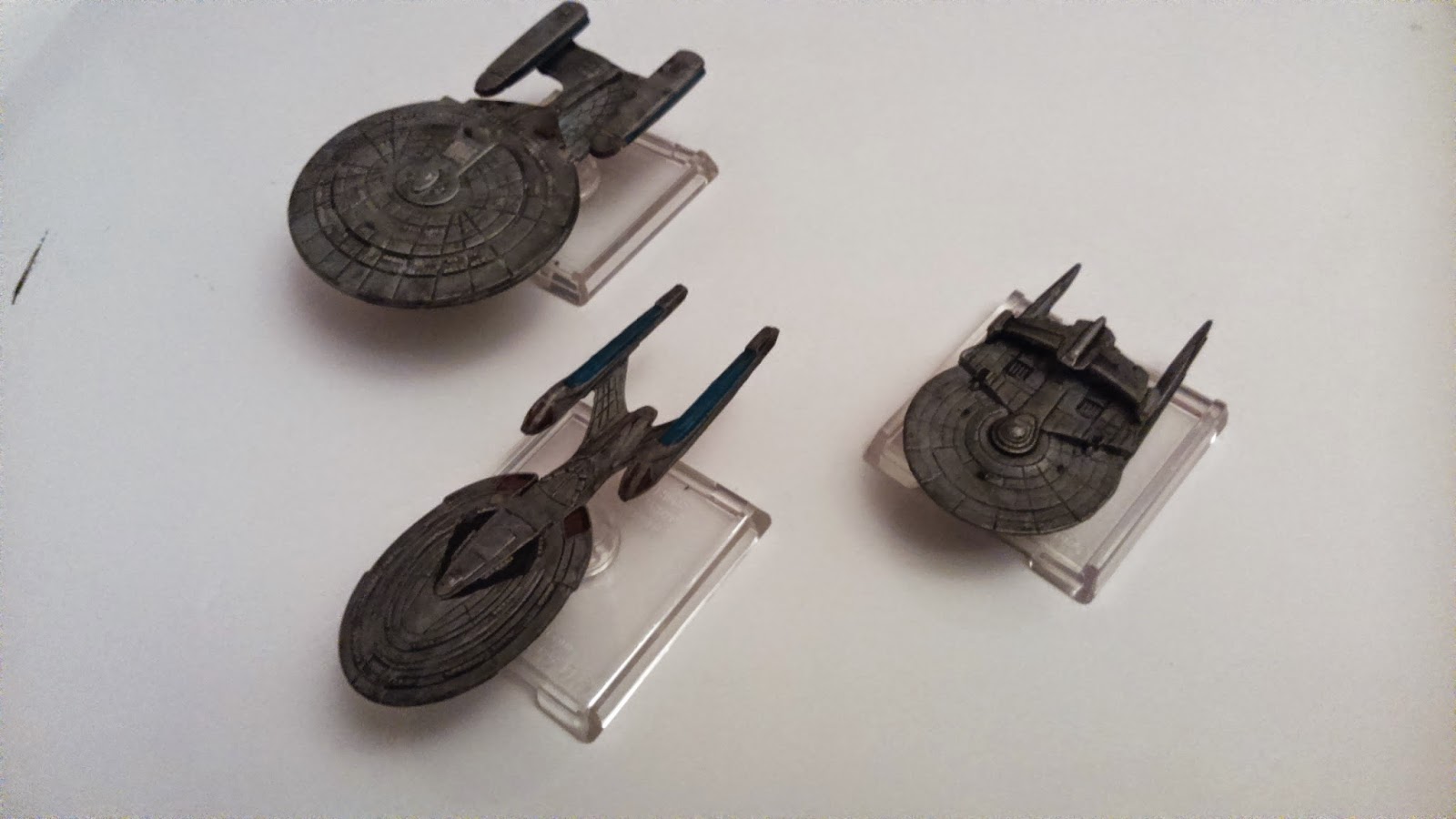 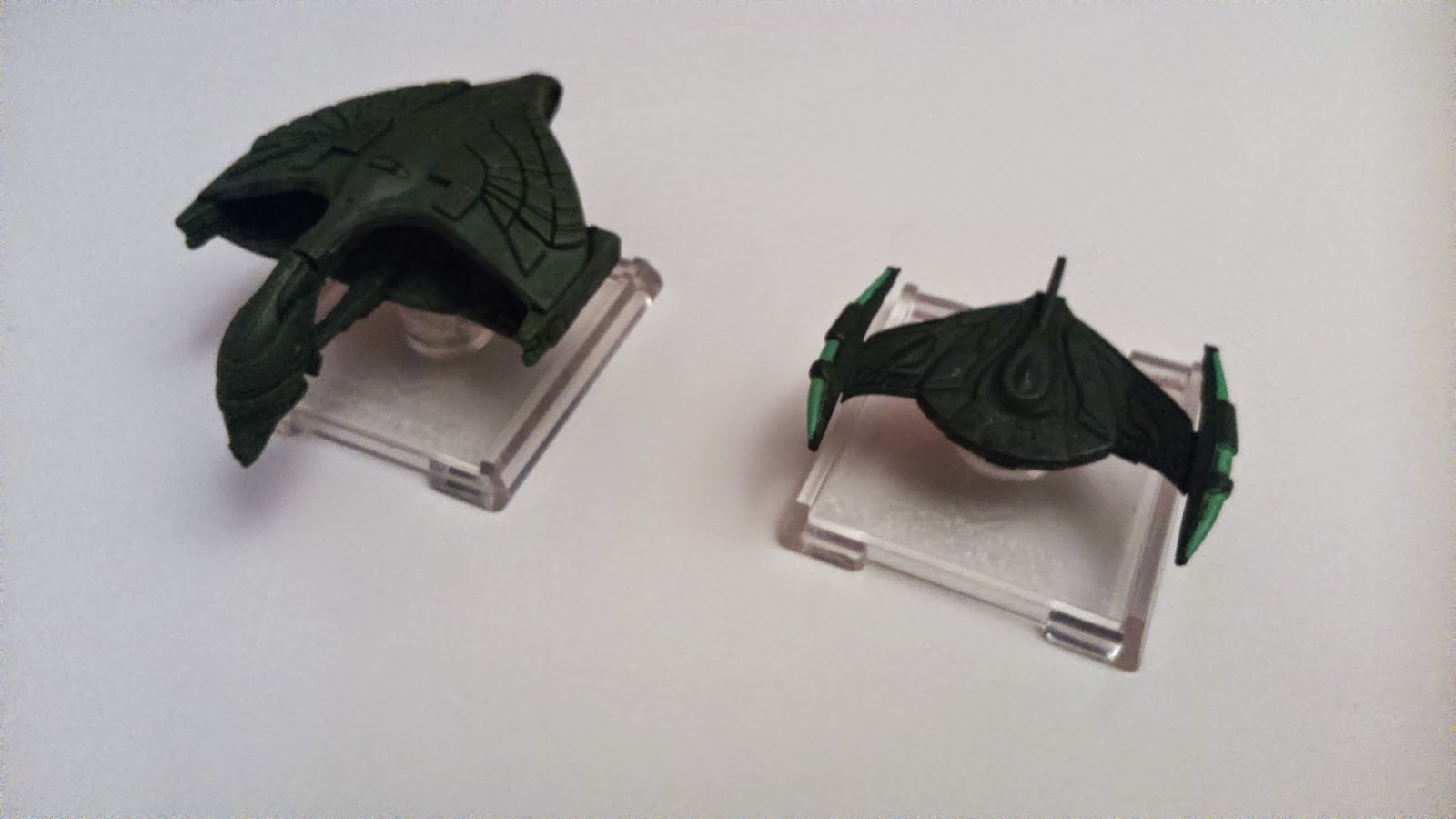 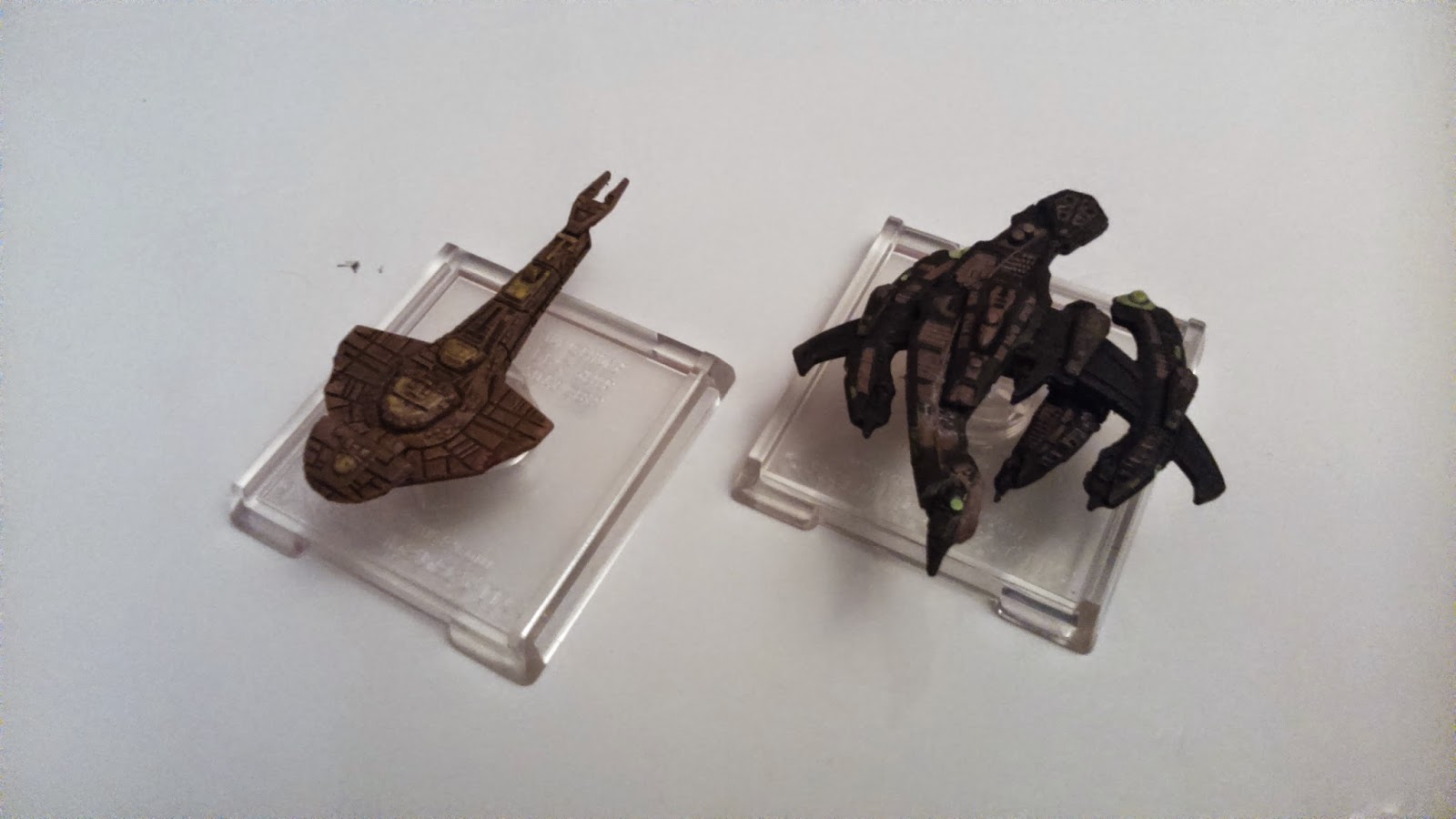 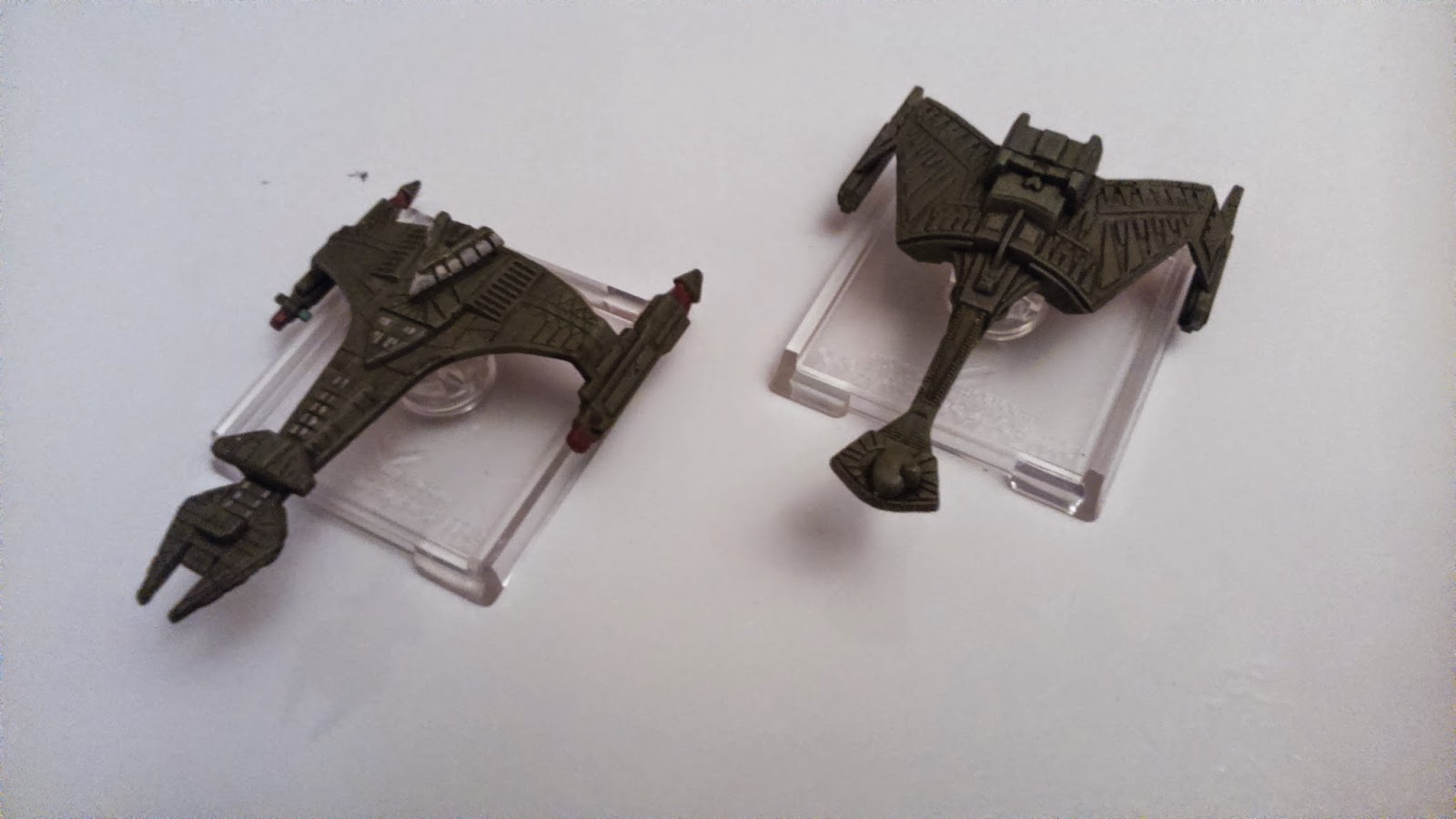 The Klingons were my favourite to re-paint. They just look really nice in person. I think I'll get some more for re-painting but the Defiant is still next on my list.
Posted by Daniel Ryan at 20:15 No comments:

Long time no post. In fact it's been so long I can't remember what my last post was. Getting back into this though I've decided to get more into Star Trek Attack Wing now I've got some people to play against. The only problem though is that the pre-painted minis are done by WizKids who aren't quite sure whether to paint them or just dip them into a bucket of orphan tears and hope for the best. This means I've got to re paint them myself. Thankfully the models themselves aren't too bad so painting them isn't an issue. So far I've done my Galaxy, Miranda and Sovereign class Federation ships. The photos make them look darker than they actually are but it's a quick and easy scheme.

There is the Galaxy. The scheme is a Dawnstone base then an Ironbreaker drybrush, add in the details and Nuln Oil the whole thing. Quick, easy and doesn't look bad at all on the table top.

The Miranda here was about the same but with a couple of extra details.

The Sovereign now. This one took a bit longer to paint because of the extra details but it was my favourite to do. It's a nicer design and those extra little details make it that much more enjoyable to paint.

After Christmas I'm going to be picking up a Defiant. I've got the cloaked version of it for the Star Trek Clix but I'm going to put a spare peg on it and use it for when the Defiant is cloaked in game.

In the mean time though I'm going to look at re-painting my other ships. I think the Klingons should be next.
Posted by Daniel Ryan at 14:41 No comments: